The Needhams are comprised of Dave Needham, his sister Diane, and her husband Steve.

Dave sang with his parents and sister Diane for years before joining the Dixie Melody Boys as a vocalist and bassist in 1993. While there, Dave was nominated for the Singing News Horizon Individual Award and garnered respect for his songwriting. His return to family harmony marks the beginning of The Needhams as they are today. Dave owns and manages the group, playing bass guitar, singing and continuing as a writer and producer for The Needhams and other artists.

Diane began singing at age of 2 in a LeRoy, NY, theater. Later, adding Diane as the drummer to Dave’s bass guitar rounded out the family band with their parents David and Eileen playing guitars. Diane attended Roberts Wesleyan University in North Chili, New York, and married drummer Steve Mummert and joined his band. Diane honed her songwriting skills and played guitar with Steve’s group until the couple joined The Needhams.

Steve Mummert is a Pennsylvania native who began drumming for his family’s group at the age of 12. His parents asked him to add his voice to their group when he turned 18, and their band toured the Mid-Atlantic region extensively. He met Diane at a music conference in 1992 and their whirlwind romance found her added to his family by the middle of 1993. In 1999, Steve approached Dave about joining The Needhams, and now Steve is the road manager for the band as well as drummer and vocalist.

Over 10 years ago our Women’s Group (or SIS Group – Sisters in Spirit) attended a Needham’s concert. Ever since they have come to our church every other year to put on inspiring concerts. They write their own songs from their life experiences and their style is Country Gospel. Our church absolutely loves them, and we have two Needham groupies among us. 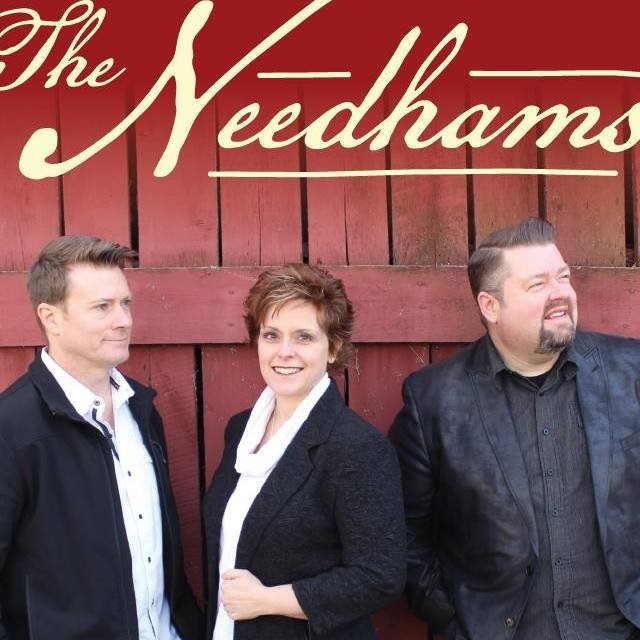